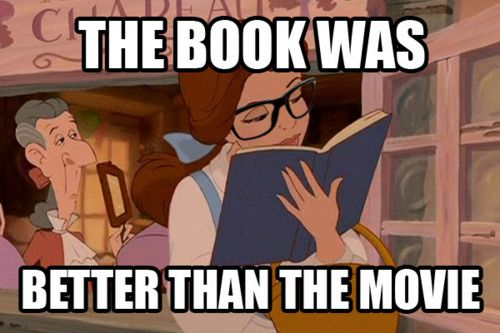 I know that guys who say that book was better than the movie are annoying, but today I’ll be such guy. I’ve seen Godfather some time ago, and I didn’t like it. Because of that I had no interest in the book. But recently one of my favorite actors recorded audiobook where he’s reading this novel, so I’ve decided to give it a try. And I was amazed.

This book is brilliant. Such a story, great dialogs, deep characters. It was one of these books where I really didn’t it to end. So I’ve decided to give the movie another chance.

How disappointed I was. This picture is just a disaster. When you know the book it seems like a set of random scenes. I’m not sure I would’ve understood what’s going on without reading the book first. Great story about don before he was don, skipped. Explanation of Luca Brasi character, skipped. Not to mention that he was depicted so shallowly that he could’ve been skipped entirely.

I could make this list go for several pages, but I’ll stop. I know that movie is limited by time, but still, it should give you the essence of the book at least. I don’t feel it was achieved.

And book aside. This movie is just bad even on strictly cinematic level. Coppola is great director and I love his movies, but with this one it feels like he hasn’t even tried. Light is awful, it feels like it’s a TV theater not a big screen picture. Actors are plastic, except Mr. Brando, but he’s the master. Whoever decided that Pacino, great actor BTW., would be good as Michael Corleone should be banned from the movie industry forever. They could’ve made it a bit better with Sicily, great side story, and amazing scenery, but they’ve made it almost irrelevant. The only really good scene in entire movie was the one with closing doors.

Such a disappointment. This movie really makes bad advert of a great book. Hopefully people would read it anyway. It’s worth it.